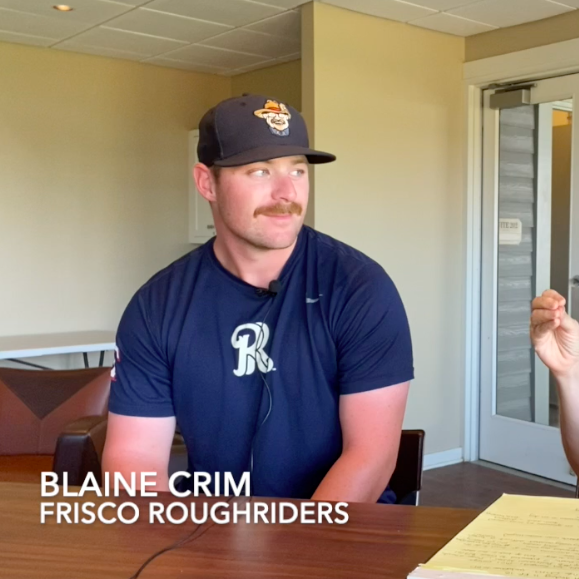 Episode 154: Frisco RoughRiders first baseman, Blaine Crim, sits down with Hustle and Pro to talk baseball in Frisco. We talk about his journey leading up to the minor leagues, living with teammates and his wife at the same time, and his mindset as DH and first base. Episode 153: Guest Brooke Leverette tells us about the work of the FC Dallas Foundation, including field development, community action grants, Gear Up, the FCD Unified team, Steam FC and more. There's so much more than what we see on the pitch. FC Dallas Foundation is working year round behind the scenes to better our local communities. RESOURCES: • FC Dallas Foundation https://www.fcdallas.com/community/foundation/ • FCD Foundation on Twitter: @FCDCommunity ...

Subscribe on iTunes! Subscribe on Google Play Podcast RSS Feed Anything that was predicted or planned in 2020 went out the window, so why not let my 10-year-old predict what’s going to happen in sports in 2021? I also enlisted the help of two past Hustle and Pro guests, Tony Graham and Eddie Munjoma. Tony, Eddie, […] ...

Subscribe on iTunes! Subscribe on Google Play Podcast RSS Feed It was sports that brought me and this guest together. The year was 1997. The place was Lubbock, Texas. The sport was intramural basketball (and football and soccer). What unfolded that year at Texas Tech University changed John Grimes’ life forever. In this episode, John tells […] ...